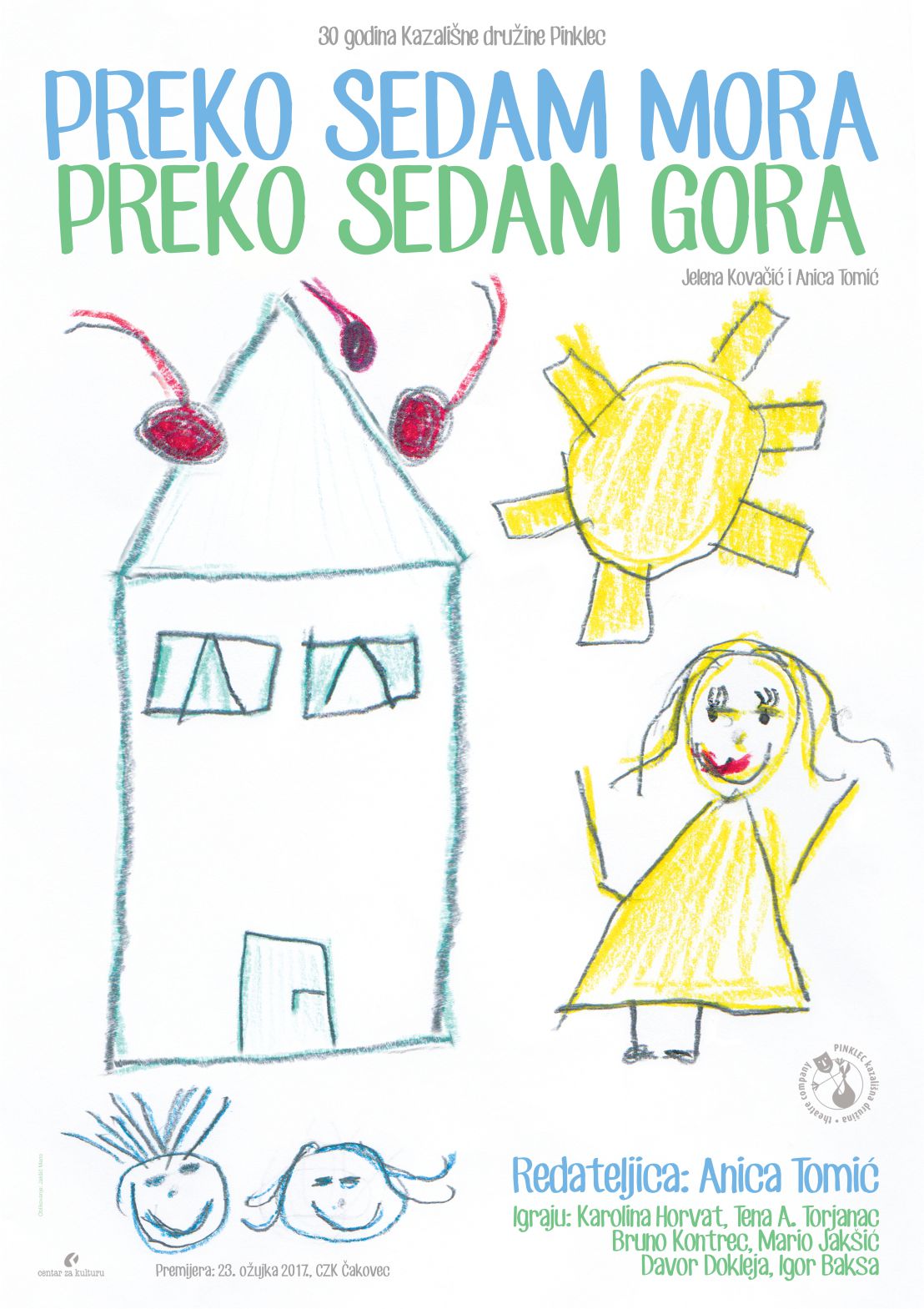 In the last few years we have witnessed one of the greatest civilization crises of the modern age. The evasive crisis found us unprepared and put our tune on our readiness to help and launch all our human potentials to truly acknowledge and accept the other. Among the numerous refugees, there are also a large number of juvenile children escaping from war and persecution. A large number of them travel unattended and are on the most uncertain journey of their lives. Their childhood has been interrupted forever.

The show ‘’Over the seven seas, over the seven hills’’ brings out their stories. Based on documentary material, it tells the story of traveling to a better life, towards an uncertain and uncertain goal. A journey is where those who decide on it remain without their own life. This show tries to give them the right to apologize for their stories. It tells them precisely through the look of the child, who despite all is still trying to keep the right to play, on toys and fairy tales, on childhood. But at the same time it reminds us how little it takes to recognize another.

Award for direction: Anica Tomić for ‘’Over the seven seas, over the seven hills’’ performed by Theater Company Pinklec

Award for dramaturgy: Jelena Kovačić for the play ‘’Over the seven seas, over the seven hills’’ performed by Theater Company Pinklec

Award for Collective Performance: The Ensemble of ‘’Over the seven seas, over the seven hills’’ performed by Theater Company Pinklec

Award for direction: Anica Tomić for ‘’Over the seven seas, over the seven hills’’ performed by Theater Company Pinklec

Find out more or adjust your settings.