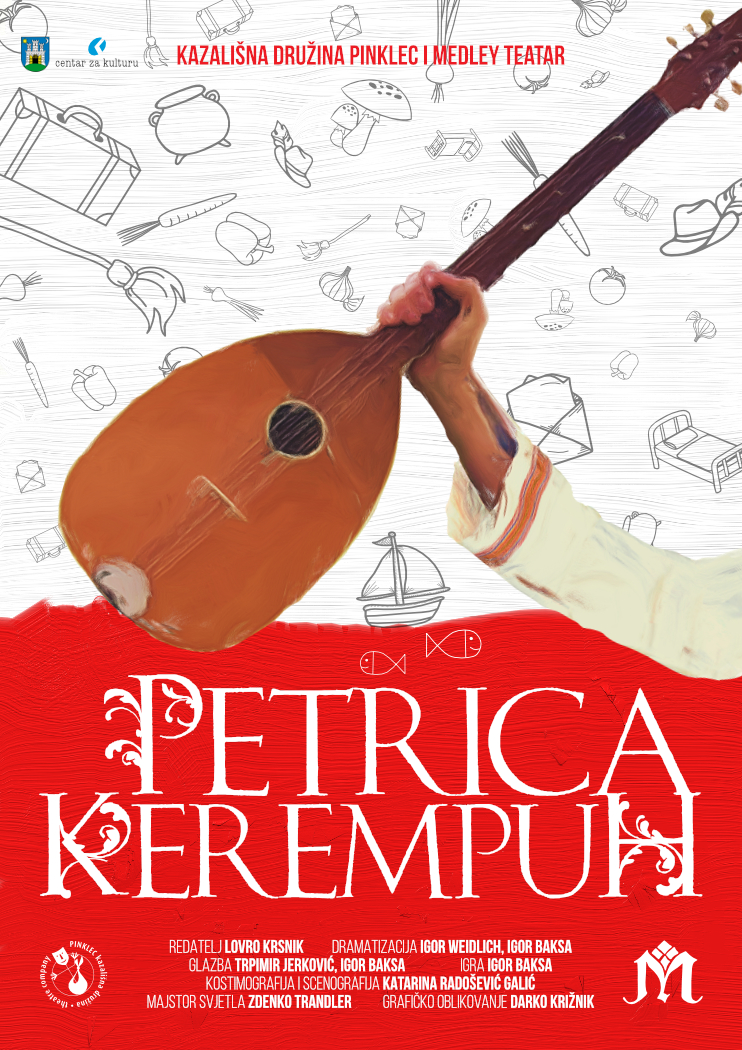 Petrica Kerempuh through his music-scene adventure tells a story about himself and his constant struggles against human evil. The objects from his suitcase and even parts of his body are transformed into the dolls of his idiot cabaret. Not only does he play the tambour, but also sings on the different dialects, reviving the events from his travels. And all this still comes to be in love. He has a rhythm, he has a hearing, good for good bread, for a nasty bruise – Petrica Kerempuh!

Petrice Kerempuh is a character from European literary source. He is a variant of Till Eulenspiegel of German literary tradition, but in ‘’kajkavian’’ (northern Croatian dialect) folk legends and sermons he has received numerous features of the ‘’kajkavian’’ environment and the climes that under his name accepted, giving him, in addition to his tongue, his spirit mentality.

As a public entertainer, a “sinner”, a lover, a laird, a revealer and punisher of human stupidity, and, all in all, a vivid figure of folk surrender, he is at the same time the personification of the vivid, ingenious and rebellious spirit of the “little man” of the people. Consequently, and quite logically, Petrica deals with everything and everything else to survive. So theatrical form that displays such a vivid personality in this project combines drama, acting, art, music, puppetry, dance and instrumental art.

The monolithic form through which Petrica tells, shows, and enjoys in an autobiographical story is difficult to determine the genre, as it is pervaded with many elements that we do not usually encounter together within the same show, while in this play by interweaving, they form a fun and educational interactive drama scene for children: storytelling, puppetry, musical, live music, interaction with children, cabaret.

You can find out more about which cookies we are using or switch them off in settings.